The nexus between transnational organized crime and terrorism represents a growing threat worldwide. The confluence of criminal and terrorist actors, tactics and resources enable them to gain stronger capacities to threaten peace, security and economic development. Terrorists are taking advantage of transnational organized crime in many contexts and by conducting many illicit activities spanning from the trafficking of arms, persons, drugs, artefacts and natural resources; to the kidnapping for ransom and other crimes including extortion and bank robbery.

Since 2016 UNICRI is addressing the issue of the links between organized crime and terrorism. This led to the achievement of different results to enhance Member States’ knowledge and capacity. The most recent achievement is the pilot training on the nexus that took place at the United Nations Campus in Turin from 12-14 June 2019.

The training, organized by UNICRI, is part of a project that the Institute started in partnership with the Government of the Netherlands and the Global Counterterrorism Forum (GCTF). In particular, the training focused on one of the outcomes of the project, namely the “Policy Toolkit” on “The Hague Good Practices on the Nexus between Transnational Organized Crime and Terrorism”.

The Policy Toolkit serves the purposes of supporting Member States to better understand and identify the phenomenon and how it is manifested and facilitated in specific contexts (including how the nexus works to erode State capacity and overall security); and provides Member States with guidance to respond and build capacity that will further enable them to address the phenomenon and its associated crimes.

This Tool is based on The Hague Good Practices on the Nexus between Transnational Organized Crime and Terrorism that UNICRI developed in cooperation with the Netherlands and under the auspices of the Global Counterterrorism Forum (GCTF) Participants to the training were high level officials from Albania representing local and national institutions in the field of justice, security, law enforcement, countering violent extremism, social protection, education, health, religion, finance and communication.

The pilot training focused on the contextualized definition of nexus, the capacity to identify and isolate the associated security dynamics (such recruitment, violence and facilitating crimes); and the impact of the nexus on communities and state capacity.

A number of table-top exercises focusing on the issues addressed in the Hague Good Practices and its related Toolkit, was also part of the training. The exercises were based on real case scenarios and customised to match the country’s specific risks and needs. It involved the simulation of operational situations, the testing of existing strategies and capabilities, and the identification of potential gaps and solutions.

The exercises aimed at enhancing the capacity of participants to identify the current and possible linkages and convergent areas between transnational organized crime and terrorism, as well as the factors that facilitate such convergences; use such information to more efficiently tackle related threats, and enhancing coordination and cooperation between the stakeholders.

The Head of the Albanian Delegation thanked UNICRI for the comprehensive training which they found very useful, and suggested to continue collaborating together on this topic. 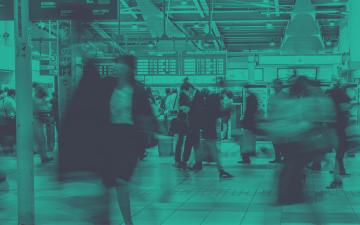 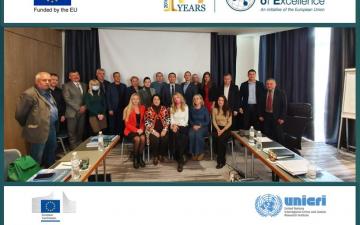 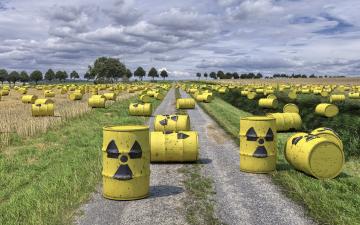