Important success for the assessment report on Counterfeiting

UNICRI's work in the field of counterfeiting has been recognized by the Global Anti-Counterfeiting Group. The Institute received the High Commendation Award for the assessment report "Counterfeiting, a global spread, a global threat"..

The report discusses the different aspects of the counterfeiting phenomenon with a special focus on those goods which pose a fatal threat to consumers' health and safety- such as medicines, spare parts for automobiles and aircraft, and toys.

According to Sandro Calvani, Director of UNICRI, "It is only in most recent times that we have begun to perceive that counterfeiting poses a fatal threat and that organized criminals could exploit our lack of awareness to increase their operating potential". Mr Calvani also stresses the commitment of the Institute to tackling the trafficking of counterfeit goods and implementing tools for strong and effective counteraction.

The commended report provides an overview of the different types of protection that are granted by law to the various forms through which creative work is expressed - namely Intellectual Property Rights. It also offers an in-depth analysis of the scale and underlying causes of the phenomenon, as well as an illustration of illegal supply chains and routes.

The report outlines that counterfeiting causes economic damage not only to producing companies, but also other parties, including national governments, due to the loss in fiscal revenues.

Further negative aspects include the affect on the labour market, and the risks posed to health of consumers. It is estimated that counterfeiting causes the loss of 100,000 jobs every year in the European Union, with direct negative repercussions on the quality of goods.

A number of practical examples are illustrated: counterfeited cell phone batteries - which may easily explode if they do not contain adequate internal mechanism preventing them from overloading; counterfeit food and beverages - whose consumption has been deadly in a variety of cases; and the unauthorized replication of spare parts for automobiles and aircrafts, which threatens public safety. Even the toy industry is not immune, and this jeopardizes our children's security.

Counterfeit medicines are also undeniably a point of special concern, with their wide availability on the global market, which have drastic implications for global supply chains and the health of consumers.

Finally, the link between counterfeiting and organized crime is investigated, supported by accurate data on customs seizures as well as practical examples of criminal organizations involved in the counterfeiting market. 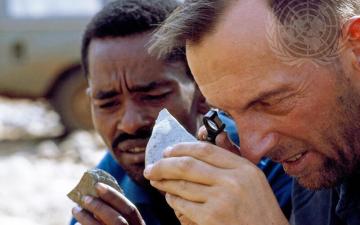