Serbia together with the United Nations and Italy

The results of the United Nations Interregional Crime Research Institute (UNICRI) coordinated project “Countering organised crime and corruption through the strengthening of the rule of law in Serbia” have been presented today at the press conference with delegates from the institutions involved in the programme.

The project, developed in the last twelve months thanks to funding from the Italian Government, had the objective of strengthening instruments to combat organized crime and corruption in Serbia in the framework of international action in support of the rule of law. A task force has been created with the aim of formulating reform proposals of the Serbian legislation with respect to anti-organised crime and anti-corruption.

It should be underlined that the proposals have been formulated using inputs from national contributions: the task force was composed of Serbian experts and national authorities with the involvement of the national Prosecutor Office, the Special Prosecutor Office specialised in countering organised crime and the Ministry of Justice.

The Law Faculty of the University of Florence developed the scientific component of the project, and the Italian Anti-mafia bureau, with its decades of experience in countering organized crime, carried out an important exchange of expertise with the Serbian counterpart.

According to the UNICRI Director, Mr. Sandro Calvani, “The project’s results demonstrate once more the importance of international cooperation: we have to build stronger and more dynamic partnerships than the ones built up by organised crime in every country of the world”.

Ideally, the proposals will now be passed into the hands of the Serbian government; who could draw upon them in adopting new reforms.

The results of the project can be found in the publication “Countering organised crime in Serbia – from actual legislation to a broader reform”, presented during the conference.

A representative of the Italian Embassy in Serbia, the Dean of the Law School of the University of Florence Michele Papa, Serbian Chief Prosecutor and Special Prosecutor for combating organised crime Slobodan Radovanovic and Milijko Radisavljevic, vice Minister of Justice Snežana Malovic, Professor Momcilo Grubac from the Faculty of Law, Belgrade, and the Deputy Prosecutor of the Italian Anti-mafia Bureau Giovanni Melillo were also present at the meeting. 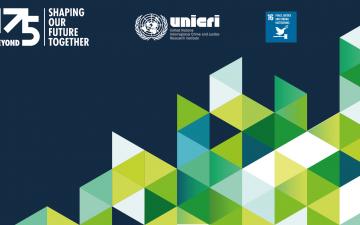