Countering Radicalisation and Violent Extremism in the Sahel-Maghreb Region

Countering Radicalisation and Violent Extremism in the Sahel-Maghreb Region

A new pilot project to counter radicalization and violent extremism in the Sahel-Maghreb region has been launched in Brussels today during a meeting attended by high level officials from the European Union and the United Nations.

The initiative will integrate international, regional and local resources to support the countries of the region in countering the growing threat of violent extremism. The Sahel-Maghreb region’s evolving domestic and trans-national terrorist threat draws strength from a combination of socioeconomic, generational, ethnic, racial, tribal, political, and ideological factors. In many areas of the region living in fear of summary executions, recruitment of children, sexual violence, abductions of people and destruction and looting of property is daily reality. Massive population displacements are occurring to escape violence and famine.

The escalation of violent extremism in the region involves a wide array of lawless transnational groups committing atrocities against civilians and local authorities. In a context of poverty, poor governance, endless conflicts, fragmented society and political instability, extremist movements offer identity values, economic support and a sense of community that attract young people, especially those who are excluded from the decision-making process. Terrorist and insurgent movements are increasingly converging with criminal networks managing trafficking in drugs, persons and firearms.

The European Commission's Director for the Neighbourhood South, Mr Michael A. Koehler, stressed that: "Violent extremism does not stop at borders. Therefore, cooperation between Europe and amongst the countries of the region is crucial in containing this growing threat. We must find a comprehensive way to address the factors which can lead to radicalisation of people and their recruitment by terrorist groups. This is one of the four pillars of the EU Counter Terrorism Strategy".

This new project, financed with 5 million € by the European Union and implemented by the United Nations Interregional Crime and Justice Research Institute (UNICRI), will run for four years and promote inclusive and credible deradicalization activities in the Sahel-Maghreb region through the development of more responsive and inclusive societies. Key component of the project will be the involvement of civil society actors. NGOs, victims of terrorism, media, cultural associations, women and youth organizations will be the primary partners in the implementation of the activities.

The project is based on the assumption that civil society actors enjoy a genuine grassroots support and could offer key assets in the implementation of actions to limit the influence of violent extremist ideology and challenge the narratives of extremists by offering positive alternatives to violence.

While being context-specific and people centred the project will facilitate the sharing of experiences, guidelines and good practices in the region and among the different stakeholders. It will support cross border cooperation and the establishment of synergies and mutual understanding between civil society groups and institutions.

This project will combine the European Union Counter-Terrorism Strategy, the European Union Strategy for Combating Radicalization and Recruitment to Terrorism, the EU Strategy for Security and Development in the Sahel and the United Nations Global Counter-Terrorism Strategy. It will develop a unified approach by involving national, regional, and international actors, including the Global Counter-terrorism Forum, Hedayah, international experts, and the National competent authorities in the countries involved.

Presenting the project during the meeting the Director of UNICRI, Ms. Cindy J. Smith, said: “Every community in the world is threatened by terrorism and there is no silver bullet to stop thousands of people from joining violent extremist groups. But we do believe that our best weapons against terrorism are development and the rule of law, and our best ally is the civil society. We will never achieve stability, peace, and prosperity in the region without dialogue and social cohesion, the establishment of local ownership and the empowerment of local organizations.”

Video message from Antonia Maria De Meo, Director of UNICRI on the occasion of the United Nations Day 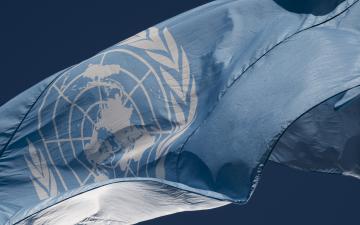 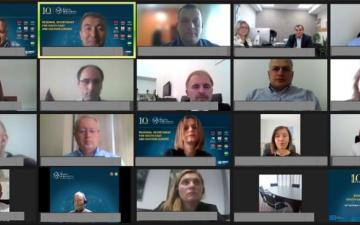 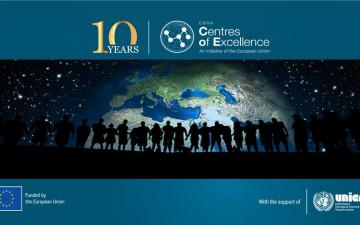