A Discussion of good practices and lessons learned

A Discussion of good practices and lessons learned

Within the framework of the High-level Conference of Heads of Counter-Terrorism Agencies convened by the UN Secretary-General at the UN HQs on 28-29 June 2018, a Side-event on Rehabilitation and Reintegration of Foreign Terrorist Fighters and Violent Extremist Offenders was held at the United States Permanent Mission on 28 June.

The Side-event was sponsored by Carefronting-Nigeria, the International Centre for Counter-Terrorism (ICCT); the United States Mission to the UN; the Permanent Mission of the Hashemite Kingdom of Jordan to the UN; and the United Nations Interregional Crime and Justice Research Institute (UNICRI).

This discussion of rehabilitation and reintegration of foreign terrorist fighters and violent extremists occurs at a crucial time. Many countries are grappling with how to reintegrate FTFs released from prison, as well as how to develop specific programs for children exploited by violent extremists in conflict areas. In addition, countries continue to look for innovative ways to rehabilitate individuals who may have travelled to conflict zones but cannot be prosecuted due to lack of evidence.

Rehabilitation of violent extremist offenders and their reintegration into society is central to any comprehensive strategy to address terrorism. Prisons environments may present opportunities for reversing radicalisation to violence. Furthermore, prisons can help with the re-entry process by giving inmates the tools and skills to return to society. While an individual may be in prison, rehabilitation and reintegration requires the strong involvement of many actors including families, civil society organizations and religious leaders to bridge the gap between inside and outside prison.

Video on the conference “Bridging the Gaps between Prison and Community-based Rehabilitation and Reintegration Programs for Violent Extremist Offenders" - UNICRI, February 2018

Since 2012, UNICRI has been implementing a major international initiative to support Member States to design and establish rehabilitation and reintegration programmes for violent extremist offenders and foreign terrorist fighters. The initiative resulted in the implementation of many projects in several countries, including Bosnia and Herzegovina, Indonesia, Jordan, Kenya, Mali, Morocco, the Philippines and Thailand.

According to the Director of UNICRI, Dr. Jafar Javan, “The side event represented an important opportunity to present context-specific models for supporting Member States in the designing of risk assessment tools; implementing customized rehabilitation and reintegration pathways in prison and after release; diverting juveniles from the criminal justice system; strengthening stakeholders’ capacity and engagement to sustain cooperation and long-term commitment; and developing national action plans.”

National workshops on the nexus between transnational organized crime and terrorism: working with Chad, Mali and Mauritania to address this growing phenomenon 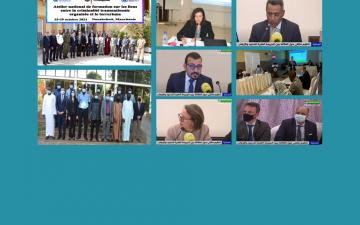 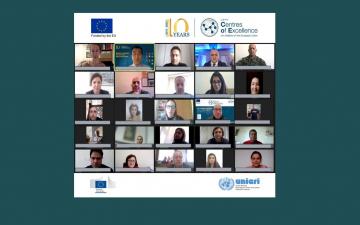 NEW! The past, the present and the future are in our hands 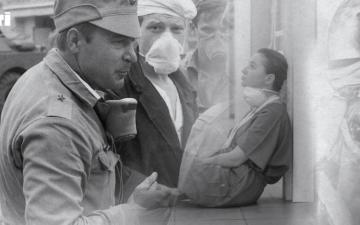