Report on Children and Counter-Terrorism

Report on Children and Counter-Terrorism

Terrorism is not a new phenomenon. However, it has acquired new dimensions in the twenty-first century. Terrorist groups have become more structured, and are now often transnational; the majority of the latest terrorist attacks are religiously motivated; and terrorist acts have become increasingly brutal, particularly in terms of civilian casualties. The ever-evolving character of terrorism, together with the sense of anxiety that such a phenomenon creates in the community, has prompted States to adopt counter-terrorism policies and measures to tackle the issue.

Children are increasingly affected and victimised by terrorism, but at the same time, the last few years have shown them to be increasingly engaged in terrorist related activity. International policy and law-making has struggled to keep up with the rapid changes, and the rights of children affected by terrorism and counter-terrorism have not entered into mainstream discourse, and have been largely overlooked. 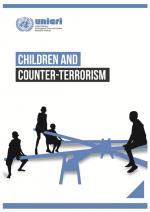