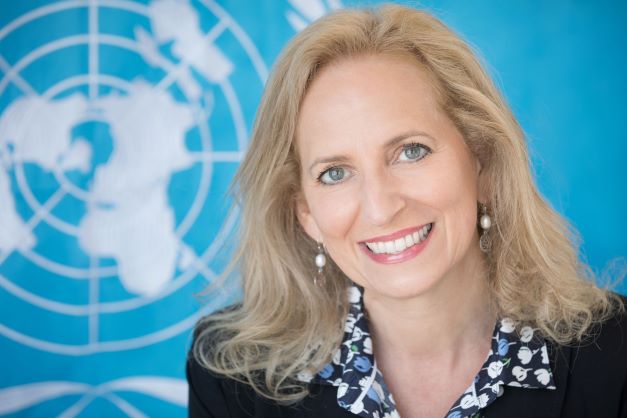 Antonia Marie De Meo is the Director of the United Nations Interregional Crime and Justice Research Institute (UNICRI), based in Turin, Italy. She is a citizen of the United States and Italy.

Prior to this position, she served as the Chief of the Human Rights, Transitional Justice and Rule of Law Service at the United Nations Support Mission in Libya (UNSMIL) and Representative of the Office of the High Commissioner for Human Rights (OHCHR) in Libya (2018-2020). She also served as Chief of Staff of the United Nations Relief and Works Agency for Palestine Refugees (UNRWA) from 2014 to 2017. Ms. De Meo has held senior management positions with the United Nations Children’s Fund (UNICEF) in Sri Lanka and Sudan (2011-2014), the United Nations Resident Coordinator’s Office in Sudan (2011-2012), and the United Nations Office for Project Services (UNOPS) in Palestine, Iraq, and Jordan (2009-2011). She was the Anti-Trafficking and Gender Adviser for the Mission to Moldova of the Organization for Security and Co-operation in Europe (OSCE) (2005-2007) and Deputy Registrar of the Human Rights Chamber for Bosnia and Herzegovina (2000-2003). A trial lawyer by training and a former prosecutor, she commenced her overseas development work for the American Bar Association’s Central and East European Law Initiative in Moldova (1999-2000).

Ms. De Meo holds a Master’s degree in Public Administration from the John F. Kennedy School of Government of Harvard University, a Juris Doctor degree from Lewis and Clark Law School, and a Bachelor of Art’s degree from Wellesley College. She is admitted to practice law in the States of Oregon and Washington.

Ms. Antonia Marie De Meo has been appointed by the Secretary-General as the next Director of UNICRI
ECOSOC: resolution on UNICRI's Board of Trustees
Portugal celebrates United Nations Day with UN entities established in Lisbon