"Invisible” Migrants Flower Sellers in the City of Turin

Migration has many positive impacts. For individuals, it improves economic opportunities; for the private sector, it expands markets and increases labour supply; for origin countries, it brings remittances/reinvested income; and for different cultures, it provides an opportunity for understanding differences and building bridges.

But migration also has a negative impact, particularly affecting urban security: excessive urbanization can lead to high rates of city congestion, crime and poor infrastructure; unplanned migration can cause the continued growth of slums and shanty towns, as many new migrants find it difficult to obtain proper housing; and unemployment and poverty can lead to insecurity and inequality. In addition, some migration processes may decrease the possibility of establishing communities and cultural norms that would otherwise govern and regulate social coexistence. Additionally, for citizens of receiving countries, the presence of migrants may sometimes create feelings of insecurity, often based on misconceptions and lack of knowledge related to migrants.

Within the framework of its programme on urban security UNICRI produced the study Migrants flower sellers in the City of Turin to deepen knowledge on a specific segment of the migrants community. Migrants selling flowers in the streets are visible to every citizen transiting in public spaces. But the ways these persons act and live in Turin make them invisible in the sense that little or nothing is known about them. Their ‘invisibility’ is primarily related to their legal status, to the way they arrive in Italy, to the informal work they perform and to their links which are limited to their immigrant community.

The study aimed at answering the following questions: Who are they? Where are they from? How and why did they arrive in Turin? How do they deal with this job? How do they feel? Are they exploited?

The conclusions of the study are based on the interviews conducted with representatives of local institutions and with migrants flower sellers. The study indicates that 50% of the interviewees selected Italy as the first choice destination, while the other 40% declared that Libya was their destination country. The average total cost paid by the interviewees to get to Italy was € 4,520 per person. Included in this sum was often the costs for the various intermediaries, guides and travel documents. In fact, as migrants cross through different territories, their guides change along the way. These escorts are often locals living in the border regions, with sound knowledge of the territory to be crossed, and possibly associated with smuggling networks or providing services on a contract basis.

The majority of the respondents (63%) did not have enough money for the journey and asked for a loan or sold properties. In the migration corridor Bangladesh-Italy is worthy to mention the role played by intermediaries, the so called adam baparis, who are familiar with migration procedures and use that knowledge to take economic advantage of the local bureaucracy to connect people to the Italian labour market.

About 31% of the interviewees stated they have been mistreated during or before the travel. Usually they were robbed and threatened by the brokers, guides and drivers, or other passengers. Most of the interviewees (80%) said that selling flowers is the only work they can have in their condition as they do not have regular documents and do not speak Italian. 43% of the interviewees had a valid visa at the moment of their arrival, but the majority of them were irregular with no clear prospects and scared by the possibility of failing in their attempt to find a job and help their families in Bangladesh.

In general, respondents described their positive experience both with the Italian population and institutions, but 92% of them would not advise their family or friends to live in Italy. Despite the perfect organization and territorial division of the migrants selling of flowers, the persons interviewed from different institutions were doubtful regarding the involvement of criminal organizations in the management of this business. Despite this, the suspects related to possible forms of exploitation were not fully removed, also considering that 12% of the interviewees declared to have a boss. Additional research is needed in this respect. The study finds that these irregular migrant workers, without permits to stay or to sell their goods, are in a vulnerable and easily exploitable condition.

On this basis, UNICRI produced a set of recommendations aimed at encouraging a change in the quota system currently in place in Italy in order to effectively regulate the migration flows. The recommendations also indicate the importance of the establishment of institutional cooperation mechanisms to detect possible fraudulent visa schemes, the adoption of uniform procedures and standards to address undocumented migrants and the support of migrants integration into civil society. Any quota system regulating the entry of foreign nationals into Italy for work purposes must take into consideration that mutual trust is key in employment relationships.

The second critical aspect of the current system is that the selection of workers is done not on merits of the individual immigrant but rather on the typology of service provided (domestic or agricultural workers, for example). Considering that for certain categories of workers, namely carers, there is no need for the perspective employer to show evidence he/she holds a minimum revenue in order to honour the terms of the contract, it is evident that the system is prone to manipulations.

The various entities involved in the process have to establish stringent cooperation mechanisms, including more direct access to the criminal records of the perspective employer and worker, to detect possible fraudulent situations. Databases used by law-enforcement, the Single Desk, the Labour Ministry and other relevant areas of public administration should be easily accessible in order to limit the length of the procedure and facilitate the identification of possible fraudulent employers.

Uniform, transparent procedures and standards for local Single Desks should be adopted and implemented to limit "forum shopping”. Information on black-listed employers should circulate nationwide to all Single Desks. Staff working in the immigration system should be adequately trained on trafficking in human beings, and smuggling of migrants and the trends and practices of organized crime. Institutional coordination platforms that gather all different actors involved in the entry of foreign workers should be established at the national level, with a view to harmonize procedures and monitor the overall situation.

Integration programmes for foreigners should be strengthened in order to reduce vulnerability of migrant workers. Whilst communities of origin are a valuable resource for migrants, special attention at the local level should be paid to avoid spatial segregation and the creation of de facto ghettos. Initiatives to encourage a more balanced residential distribution of migrants should be taken to favour real integration and reduce polarization and lack of dialogue. 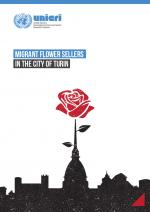