Child Sexual Exploitation Online: The New Face of the Menace and How to Fight it with Artificial Intelligence - UNGA76

More than 30 years since the Convention on the Rights of the Child was adopted, children continue to have their rights violated on an ongoing basis. While the digital era has enabled unprecedented opportunities to realize children’s rights, it has also intensified children’s exposure to risks and harm, in particular child trafficking and online child sexual exploitation, increasing the scale of abuse and driving the emergence of new forms of large-scale abuse such as online grooming and high-definition live-streaming of abuse. The National Center for Missing and Exploited Children (NCMEC) in the United States has stated that the number of reports of suspected exploitation has reached its highest number in 2020, with more than 21.7 million reports arriving at its CyberTipline. Recent statistics released by INTERPOL have also indicated the significant impact of the COVID-19 pandemic, with an increase in sexual abuse offences, such as online solicitation and sexual extortion, being observed over the course of the pandemic. The true scale of online child sexual abuse and exploitation, however, remains unknown and is likely to significantly surpass the reported figures.

With investigators grappling with increasingly complex caseloads and growing backlogs, attention is increasingly turning to how technology can help turn the tide. Artificial intelligence (AI) is at the core of this. AI tools can be used, for instance, to help investigators identify missing children, scan videos or photos to identify abuse images or rapidly analyze the vast number of reports of potential child sexual abuse material online. Notwithstanding its potential, AI presents a plethora of challenges from a legal, ethical and societal perspective that must first be addressed, and law enforcement agencies are not yet widely using it in their investigations.

The Side-Event was opened by H.E. Lana Nusseibeh, Ambassador and Permanent Representative of the UAE to the United Nations and by a high-level address by H.H. Lt. General Saif Bin Zayed Al Nahyan, Deputy Prime Minister and Minister of Interior of the UAE, featured welcome remarks by the Director of UNICRI, Ms. Antonia Marie De Meo, and by the Assistant Secretary-General Fayaz King, Deputy Executive Director of Field Results and Innovation at UNICEF. The event was attended by approximately 400 participants from all across the globe.

During the Side-Event, international experts provided an overview of trends and developments in child sexual exploitation online, spotlighting the key challenges investigators in law enforcement face in combatting child sexual exploitation, including the detrimental effects on their mental health and wellbeing, and describing how AI might be leveraged to turn the tide.

Ms. Antonia Marie De Meo, Director of UNICRI, stated that “At UNICRI we believe that just as technology plays a role in facilitating and enabling child sexual exploitation, it can also play a major role combatting these crimes against children". In this regard, the meeting served as a platform to formally introduce to Member States AI for Safer Children – an initiative launched by UNICRI and the Ministry of Interior of the UAE in 2020 with the aim of tackling child sexual exploitation online through the exploration of new technological solutions, specifically in the field of AI. As part of this initiative, UNICRI and the Ministry of Interior of the UAE are building a unique Global Hub containing both information on AI tools that could be used to combat child sexual exploitation and guidance on how to navigate the ethical challenges presented by the use of AI.

In closing the meeting, Lt. Col. Dana Humaid of the Ministry of Interior of the UAE remarked that, “we have witnessed today through the testimony of so many great experts and advocates of child safety that the challenges being faced by law enforcement agencies can be addressed and mitigated by AI, by ethical AI.”

The full event can be watched on demand via UN Web TV.

A short promotional video about the AI for Safer Children initiative can be seen here. 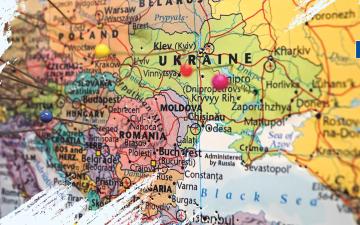 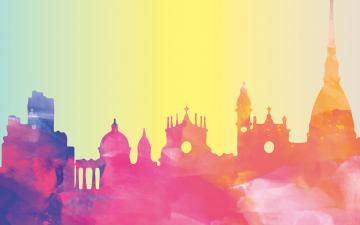