Kasserine, culture as a tool to prevent violent extremism

A Caravan crossing the beauty, critical thinking and strength of youth

This project is funded by the EU

Empowering local young women and man, involving them as part of the solution and not part of the problem, promoting traditional culture to strengthen their identity: these are the main objectives behind the Cultural Caravan in Kasserine and Le-Kef project carried out by COOPERA ONGD.

The cultural caravan crossed the border region of Kasserine (Tunisia) which like many other peripheral areas, faces increasing challenges. One of these is related to an ever-growing disappointment among young people who feel their expectations are not being met. Tens of thousands of them struggle with the dilemma over whether to act or not, to accept their current reality or to migrate. Under such difficult circumstances, serious concerns arise that they might drift towards more radical social and religious positions. In addition, although significant progress towards major freedoms has been made, the lack of quality training and a decent professional future remain major gaps to be addressed. The border region of Kasserine is also dangerous due to the presence of terrorist groups in the surrounding mountains which further contributes to insecurity and stigma. Against this backdrop, social stability is only maintained through the presence of security forces in the area and the inherent resilient nature of the local population.

The staff of COOPERA ONGD, authorised by the local authorities and supported by other associations such as the NGO Ahlem Toufoula of Sbeitla, run across the Kasserine-Le-Kef axis on secondary rural roads in a caravan. Passengers of the caravan included professors of traditional hairdressing for men and women, strategy, distillation of rosemary, clay crafts, mural painting, dance and corporal expression. The caravan arrived in the cities of Thala, Kasserine, Semmama, Mziraa, Sbiba, Hassi el Frid, Sbeitla and Chaambi, among the others.

In each destination, young men and women aged between 14 and 30 years gathered to learn from each other, exchange their experiences and acquire new skills during practical workshops. One year after, the caravan started its travel: 650 young people (40% women and 60% men, many of which were unemployed) coming also from remote locations were involved in the activities, that included more than 1,400 training sessions. Hundreds of them travelled many miles every day by foot, on their donkeys, by car or bus in unfavourable weather conditions to participate to the project.

The caravan brought people together, built new relationships and knocked down prejudices. At the same time, it contributed to empowering young people, making them agents of change and providing them with skills to express themselves and reasons to be proud of their land and the Tunisian cultural values, that are the foundations of social cohesion.

Local authorities, such as the Commissariat of the Family, Women and Children of Kasserine, showed a great interest in supporting the cultural caravan and became partners of the project. Government delegates, local and national media, directors of the Houses of Culture were also engaged. The regional authorities of Kasserine are now looking for resources to sustain the Caravan Cultural project themselves. Their support and engagement, as well as the spontaneous involvement of young people, is living proof of the sense of ownership from local communities.

Ownership and sense of belonging are also reflected in the elaboration of new initiatives originating from this experience. Soon after a workshop at Sbiba and Semmama, a few students created "The Junks", a small group engaged in painting urban spaces. The walls thus started to be the voice of a generation willing to shape its present and future. They are currently organizing the first in history Break-Dance festival in the city of Sbiba. Another example is the “Semmama Coiff", a hairdressing salon for women that opened in the mountains of Semmama.

The journey of the many young people that joined the Caravan has just started. They are the best advocates of a new generation that wants to lay the foundations for a better world through dialogue and hard work.

The initiative is carried out within the framework of the pilot programme Countering Radicalisation and Violent Extremism in the Sahel-Maghreb Region. Funded by the European Union and implemented by UNICRI, the programme builds on the existing models for community engagement in the prevention of violent extremism and works with civil society as key agent in preventing and countering the rise of extremist ideologies and violence. It facilitates the integration of international, regional and local resources to help the countries of the region tackle the growing threat of violent extremism. By adopting a context-specific and people-centred approach, the programme encourages and ensures the sharing of experiences, guidelines and good practices both within the region and among the different stakeholders. It fosters cross border cooperation and helps create synergies and mutual understanding between civil society groups and institutions. 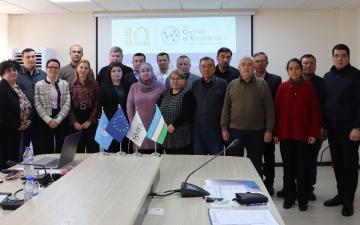 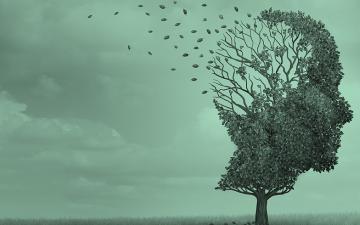