The Government of Georgia presented the CBRN National Action Plans

The event was opened by Mr. Kaha Imnadze, Permanent Representative of Georgia to the United Nations ; Mr. Levan Izoria, Deputy Minister of Internal Affairs of Georgia, Chairman of the National CBRN Council; Ms. Clara Ganslandt , Head of Division, Disarmament and Non-Proliferation, Security Policy and Conflict Prevention Directorate of the European External Action Service (EEAS) and Mr. Jonathan Lucas, Director of UNICRI. Among the keynote speakers at the event were Ms. Susana Malcorra, Chef de Cabinet of the UN Secretary-General and Mr. Oh Joon, Chair, UNSC Resolution 1540 Committee and Permanent Representative of the Republic of Korea to the UN.

The EU funded Initiative promotes the development and implementation of national CBRN policies and creates a network of regional initiatives. It aims at strengthening regional security by increasing local ownership, local expertise and long-term sustainability. This includes sharing good practices and capabilities, developing guidelines as well as identifying, collecting, analysing and deploying resources to respond to the needs identified by partner countries. Some 48 countries in 8 regions of the world are currently participating in the initiative.

The initiative also provides a framework for cooperation and coordination between governmental and international partners such as the 1540 Committee, the International Atomic Energy Agency (IAEA), the Organisation for the Prohibition of Chemical Weapons (OPCW), the Implementing Support Unit of the Biological Weapons Convention (ISU BWC), the World Health Organization (WHO), Interpol, Europol and the World Customs Organisation (WCO).

The Plan is a unique instrument prepared by the National CBRN Team in coordination with relevant regional and international organizations taking into account existing instruments and activities, including the Integrated Nuclear Security Support Plan (INSSP) of the International Atomic Energy Agency (IAEA) and the National Action Plan to fulfil the United Nations Security Council Resolution 1540.

The High-level meeting brought together United Nations Member States and international and regional organizations and considered how best to support the development and implementation of the CBRN National Action Plans as a platform for partnership to mitigate risks and promote the peaceful use of CBRN material, cooperation between countries and security.

The EU CBRN CoE Initiative is funded by the European Commission and implemented in cooperation with the United Nations Interregional Crime and Justice Research Institute (UNICRI) and the European Commission Joint Research Center (JRC). The European External Action Service is also involved in the follow-up of the initiative. The initiative is developed with the technical support of relevant international and regional organisations, the EU Member States and other stakeholders, through coherent and effective cooperation at the national, regional and international level. 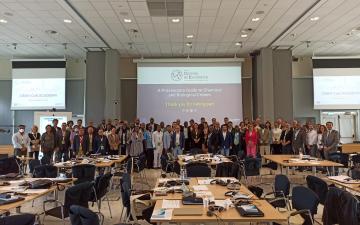 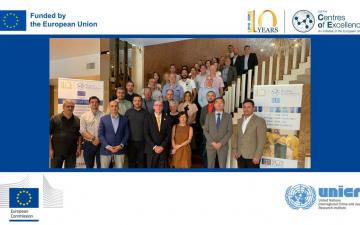 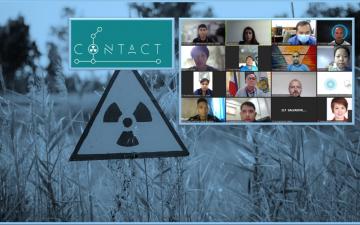