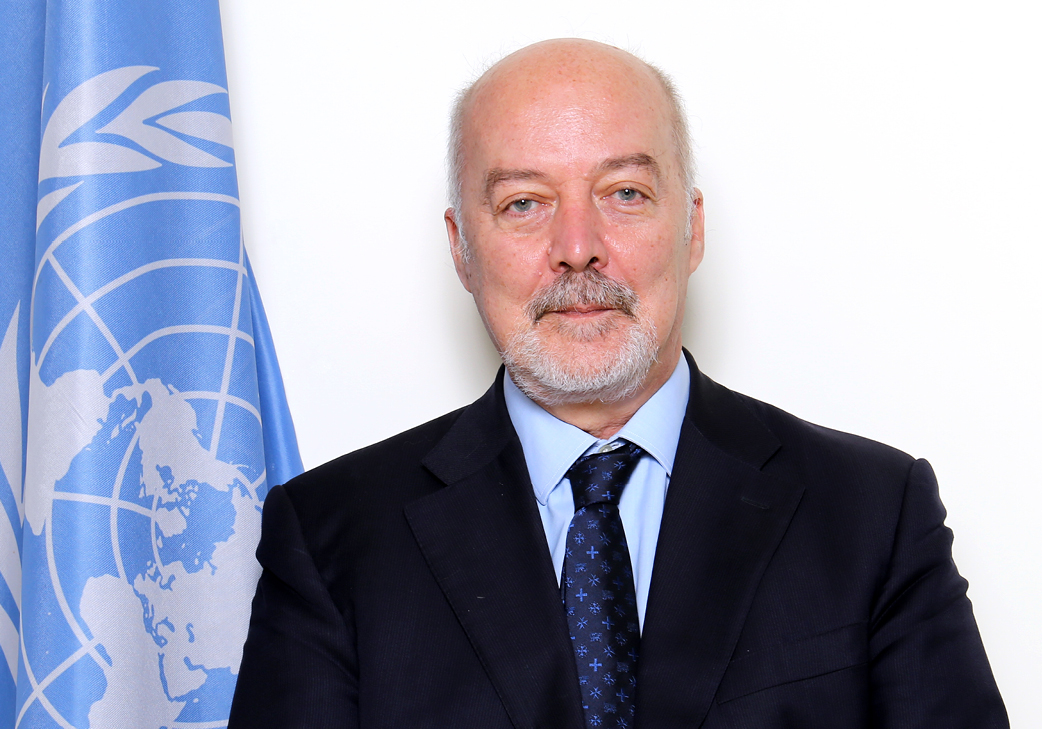 Marco Giungi serves on the Board of Trustees of the United Nations Interregional Crime and Justice Research Institute (UNICRI) as Representative of the host country since May 2022.

Mr. Giungi is Head of Unit for Strategies and Multilateral Global Processes in the Directorate General for Development Cooperation within Italy’s Ministry of Foreign Affairs and International Cooperation.

A career diplomat, Mr. Giungi entered the Diplomatic Service in 1991 and has held various senior positions, including Ambassador of Italy to Romania; Deputy Director General for Italians Abroad and Immigration, in charge of Consular Services; Deputy Head of Mission in Pretoria, South Africa; Consul General to Amsterdam; Deputy Head of Mission in Seoul and later in Yaoundé, Cameroon. He also worked in the Office for Chemical and Biological Disarmament and in the Directorate General for Asia and the Pacific in Rome.

Mr. Giungi holds a degree in law from the University of Bologna, Italy.